When the Cavaliers shocked the Warriors to win the NBA Championship last month, Cleveland ended a string of 52 years without a championship, dating back to the Browns winning the NFL title against the Baltimore Colts 27-0 in 1964.

So now Minnesota – make that the Twin Cities of Minneapolis and St. Paul – has the longest championship drought in North America professional sports.

Minnesota’s dry spell extends nearly 25 years, all the way back to October 27, 1991. That night the Twins behind Jack Morris beat the Atlanta Braves 1-0 in 10 innings to win Game 7 of the World Series. Kirby Puckett and his teammates had plenty to celebrate.

But since then, not a single Minnesota team – Twins, Vikings, Timberwolves or Wild – has even made it to a championship series.

Washington, D.C. is next on the list. The last championship for teams that represent our nation’s capital came in early 1992, when the Redskins beat the Buffalo Bills in the Super Bowl.

Ironically, the original Washington Senators moved to Minnesota and became the Twins in 1961. Washington hasn’t had a team in the World Series since 1933.

Toronto won its last championship in 1993 when the Blue Jays won the World Series on a dramatic, ninth inning home run by Joe Carter.

Houston last won a title in 1995 when the Rockets took the NBA crown. And Atlanta beat the Cleveland Indians later that year to win the World Series.

Like Cleveland, all the cities mentioned about have teams in at least three of the four major pro sports, baseball, football, basketball and hockey.

For cities that don’t have either basketball or hockey franchises, San Diego and Cincinnati have suffered the most. The Chargers last won a championship in 1963, when they humbled the Boston Patriots 51-10 for the AFL crown. The Cincinnati Reds last won the World Series in 1990, sweeping the Oakland A’s.

Nobody wants to be on this list, but Minnesota now tops the charts.

A case for Mattingly and the Hall of Fame 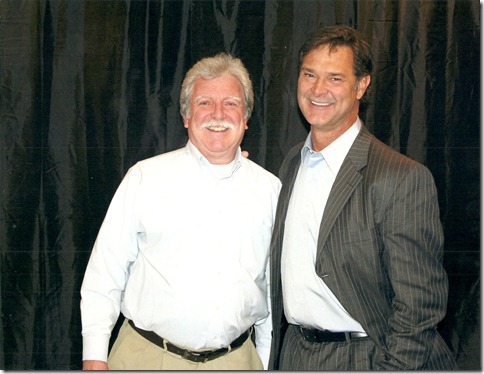 The SportsLifer and Don Mattingly, a couple of former players and current managers.

Don Mattingly was on track for the Hall of Fame before back injuries took their toll and he was forced to retire prematurely at age 34 in 1995. Some argue he should have a plaque in Cooperstown.

For four seasons, from 1984 to 1987, Don Mattingly was the best player in baseball. He won a batting title in 1984, an MVP in 1985, and led the American League in hits, doubles, slugging, OPS and total bases in 1986 when he batted a career high .352. In 1987, he set or equalled major league records by hitting six grand slams in a season and homering in eight consecutive games. All this from an excellent fielding first baseman who won nine Gold Gloves.

As his back woes intensified, Mattingly’s numbers began to decline in 1988. In 1989 hit 23 homers and knocked in 113 runs — his last big offensive season.

Mattingly’s career numbers are eerily similar to those of Kirby Puckett, the late Twins outfielder, who is in the Hall of Fame. For example:

Like Mattingly, Puckett was forced to retire after the 1995 season due to eye problems. He had a higher batting average than Mattingly (.318 to .307), primarily attributable to his speed (Puckett stole 134 bases, Mattingly 14). Puckett also won a batting title and six Gold Gloves.

Some more stats: Mattingly struck out 444 times; compared to 965 for Puckett, won an RBI title with 145 in 1985, and led the league in doubles three times. Puckett led the AL in hits four times, Mattingly twice.

Puckett gained lots of visibility in the playoffs, especially in 1987 and 1991 when Minnesota won the World Series. Mattingly’s Yankees finally made the playoffs in his last year.

Both were outstanding in post-season play. Mattingly hit .417 in his only appearance, while Puckett had a .309 average in four playoff series.

Mattingly is now managing the Los Angeles Dodgers, who won the NL West and advanced to the NLCS before losing to the Cardinals. Perhaps success in the dugout could eventually earn Mattingly a Hall of Fame plaque — a Joe Torre story.

Torre also won an MVP and batting title in his career — but he will get his Hall of Fame ticket punched on the four World Series he won for the Yankees starting in 1996. Ironically, that was the year after Mattingly retired.

Guidry vs. Koufax: A hall of Fame compare

Cardinals mob David Freese after his 11th inning home run against the Rangers forced a Game 7.

Was it the greatest game ever? The best World Series game? The top post-season game in history.

Time will be the judge, but the Cardinals never-say-die 10-9 win that denied the Rangers their first World Championship joins a long list of great World Series Game 6 contests.

Meanwhile, twice Texas was within a strike of a championship, and lost. The Rangers appeared to have victory in their grasp when Josh Hamilton hit a two-run homer in the top of the 10th, and lost.

And the headlines quickly changed from “My Gosh, Josh” to “Deep Freese.”

Some are already calling it the best World Series game in history. And it may we

But there have been plenty of great World Series Game 6 contests. Before the Cardinals’ heroics, this would be the SportsLifer Top 10:

1975 — Red Sox 7, Reds 6, 12 innings, Fenway Park, Boston
Following three days of rain in New England, the World Series resumed with Cincinnati holding a 3-2 lead  in games. The Reds took a 6-3 lead into the eighth inning before Boston pinch-hitter Bernie Carbo hit a two-out, three-run homer to tie the score. Dwight Evans saved the day for the Red Sox with a great catch on Joe Morgan’s bid for a game-winning hit in the 11th. Then Boston’s Carlton Fisk, right,  wishing the ball fair, homered off the left-field foul pole leading off the 12th to send Boston into delirium.

1993 — Blue Jays 8, Phillies 6, Skydome, Toronto
Phillies closer Mitch Williams was brought in to protect a 6-5 lead in the bottom of the ninth, but walked leadoff hitter Rickey Henderson and surrendered a one-out single to Paul Molitor. On a 2-2 count, Toronto’s Joe Carter sent a home run over the left field fence to give the Blue Jays the 8-6 win and their second consecutive World Championship. Carter joined Pittsburgh’s Bill Mazeroski as the only players to end World Series with walk-off home runs.

1986 — Mets 6, Red Sox 5, 11 innings, Shea Stadium, New York
The Red Sox were one out (and later one strike) away from winning their first World Series since 1918 before the Mets rallied. Singles by Gary Carter, Kevin Mitchell and Ray Knight produced a run, then Bob Stanley unleashed a wild pitch that allowed the tying run to score. Mookie Wilson then tapped a little dribbler down the first base line that went through the legs of Bill Buckner as Knight raced home with the winning run.

1991 — Twins 4, Braves 3, 11 innings, the Metrodome, Minneapolis
The Twins and Braves entered the bottom of the 11th inning tied at 3-3. Minnesota center-fielder Kirby Puckett, left, who earlier in the game made a great catch to rob Atlanta’s Ron Gant, crushed a 2-1 liner over the  left-center field wall to send the Series to a seventh game. The image of Puckett rounding the bases, arms raised in triumph, was punctuated by CBS broadcaster Jack Buck saying “And we’ll see you tomorrow night!” The Twins then won Game 7, 1-0, in 10 innings behind Jack Morris.

1953 Yankees 4, Dodgers 3,  Yankee Stadium, New York
Yankee second baseman Billy Martin, who had 12 hits and 8 RBIs while batting .500 in the series, knocked in Hank Bauer from second base with the game-winning run in the ninth inning to give the Bombers a record fifth straight World Championship. Brooklyn had rallied to tie the score in the top of the ninth on a two-run home run by Carl Furillo

2002 — Angels 6, Giants 5, Edison Field, Anaheim
Trailing 5-0 in the seventh inning, the Angels drew closer on Scott Spiezio’s three-run homer. Darin Erstad homered to lead off the eighth, then Troy Glaus belted a two-run double to give the Angels the win. Anaheim would go on to win Game 7, 4-1, for their only World Championship, denying the Giants their first title since moving to San Francisco from New York in 1958

1935 Tigers 4, Cubs 3, Navin Field, Detroit
With the score tied 3-3, the Cubs stranded Stan Hack on third base with nobody out in the top of the ninth. Detroit catcher Mickey Cochrane led off the bottom of the ninth with a single, and scored the winning run two outs later on Goose Goslin’s base hit to right field. Detroit won its first World Series, while the Cubs continued their championship drought, which has now reached 104 years.

1977 — Yankees 8, Dodgers 4, Yankee Stadium, New York
The legend of Mr. October was born on a cool night in the Bronx. New York’s Regg

ie Jackson, below, joined Babe Ruth as the only players to hit three home runs in a World Series game in leading the Yankees to their first title in 15 years. Jackson hit a record five home runs, including four in his final four at bats, to earn World Series MVP honors.

1985 — Royals 2, Cardinals 1,  Royals Stadium, Kansas City
Down 1-0 and three outs from elimination, the Royals get a break when umpire Don Denkinger called  Jorge Orta safe on a disputed play at first base. After a single by Steve Balboni and a sacrifice, pinch-hitter Dan Iorg knocked in the tying and winning runs to force a Game 7. The Royals win 11-0 to win the Show Me State World Series and their only World Championship.

1958 — Yankees 4, Braves 3, 10 innings, County Stadium, Milwaukee
The Yankees, who trailed the Series 3-1 at one point, won Game 5 to send the festivities back to Milwaukee. A home run by Gil McDougald and run scoring single by Bill Skowron gave the Yankees a two-run lead in the top of the 10th, but Hank Aaron pulled the Braves within a run with an RBI single. With the potential tying and winning runs on base, Frank Torre lined out to McDougald at second base.