As the wild card showdowns are decided and the MLB playoffs get started, the pressure is squarely on two teams – the Cleveland Indians and the Los Angeles Dodgers.

When the Chicago Cubs knocked off the Indians in a thrilling seven-game World Series last fall, they also passed along the stigma of baseball’s longest championship drought. The Tribe has come

agonizingly close several times – most notably last year and in 1997, when they lost to the Florida Marlins in seven games. Cleveland also won the AL pennant but lost the World Series in 1954 and 1995.

You’ve got to go back the Truman administration in 1948 to find the last Indians championship squad. That year Cleveland beat the Boston Braves in six games. Do the math, that’s 69 years ago.

The Dodgers managed to win just one World Series in Brooklyn, beating the Yankees in seven games in 1955, before moving to Los Angeles in 1958. LA won five championships in its first 30 years on the West Coast, but none since. In fact, the Dodgers last made the World Series in 1988, when they knocked off the heavily-favored Oakland A’s in five games.

Many feel the Dodgers are due, having won five straight NL West titles and being crowned the best team ever by Sports Illustrated in August. Following that cover piece, the Dodgers reached a high water mark of 91-36, then proceeded to lose 16 out of 17 games, including 11 straight.

The Indians set an AL record with a 22-game winning streak in September, marking the Tribe as the team to beat in the AL.

The Dodgers wound up with the best record in baseball, 104-58, while the Indians finished second best at 102-60. Pressure’s on.

Indians-Cubs would be dream Series matchup: Somebody’s got to win and get off the schneid 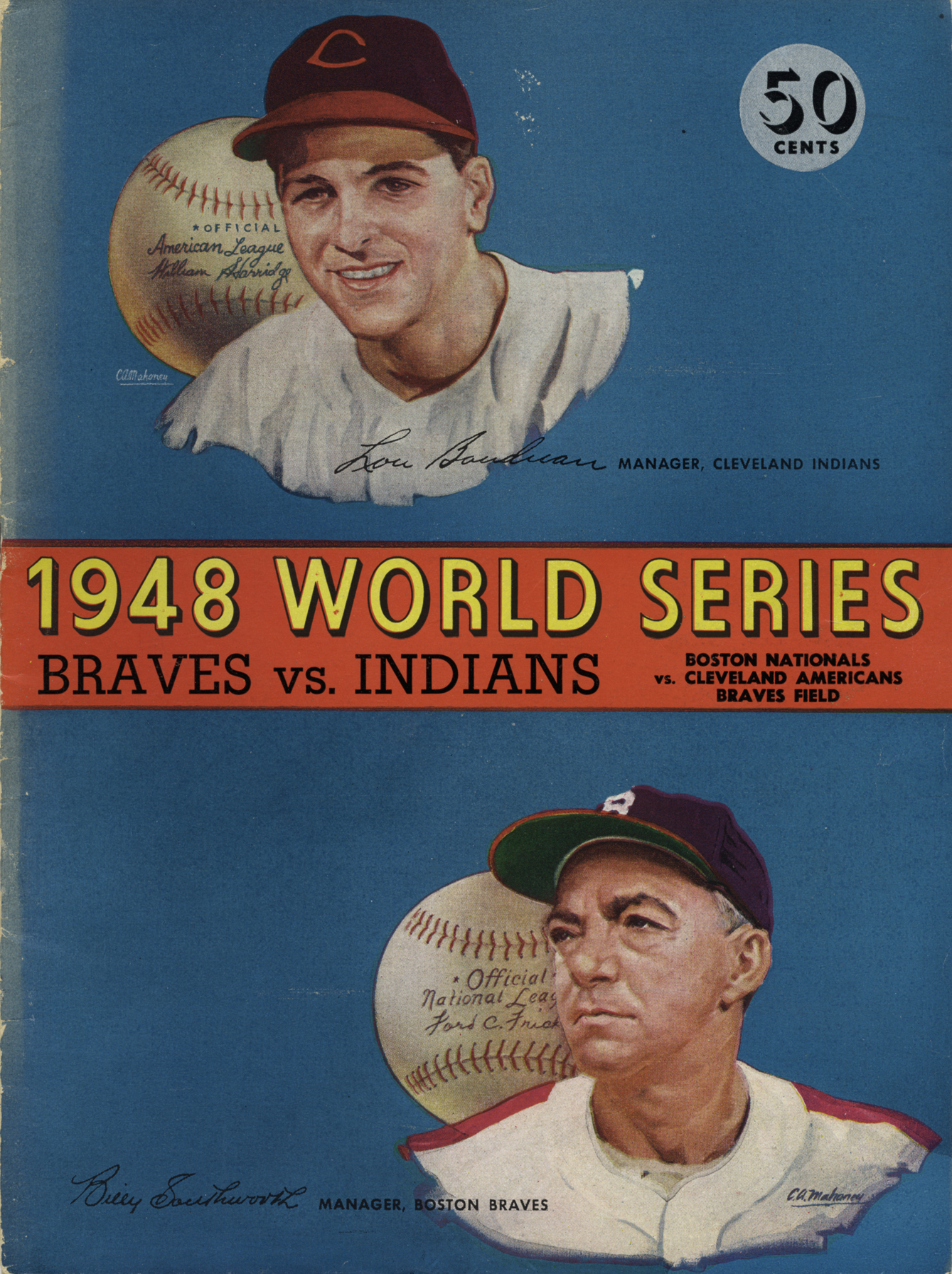 The Chicago Cubs aren’t the only MLB team with a long World Series drought. The Cleveland Indians, who captured the American League pennant, haven’t won a World Series since 1948.

Although the Tribe’s streak pales in comparison to the Cubbies, who haven’t won since 1908, it’s still the second longest championship drought in baseball history.

Baseball fans across America are praying for a Cleveland-Chicago World Series, since once of those two franchises will finally get off the schneid.

That year Cleveland defeated the Red Sox in a one-game playoff at Fenway Park to determine to AL pennant winner. The Indians then went on to beat the Boston Braves in six games in the first World Series to be televised nationwide. Outfielder Larry Doby hit .318 to pace the Tribe, while Bob Lemon won both of his starts, including the Game 6 clincher.

You have to go back 108 years to find the last time the Cubs won a World Series. In 1908, when Chicago beat the Detroit Tigers in five games for its second straight title. The Peerless Leader, Frank Chance, managed the Cubs that season and also led all batters with a .421 average. Mordecai “Three Finger” Brown and Orval Overall each won a pair of games.

The Los Angeles Dodgers, currently battling the Cubs in the NLCS, also have a long championship drought. LA last appeared in the World Series in 1988, when they beat the Oakland A’s in five games.

In their first three decades in Los Angeles, the transplanted Brooklynites went to the World Series nine times, winning five. But it’s been 28 years since the Dodgers’ last title.