A tale of Munson, Murcer and Uncle Angelo

Most baseball fans over 50, especially Yankee fans, can still remember where they were on Thursday, August, 2, 1979, when they heard the news.

That was the day Yankee captain and catcher Thurman Munson perished in a fiery plane crash in Canton, Ohio, while practicing take-offs and landings in his new Cessna Citation jet.

orty-one years ago, I was a sports columnist and assistant city editor at the Fitchburg-Leominster Sentinel & Enterprise in north central Massachusetts. The newspaper’s softball team, the Deadliners, was in the midst of a close game against one of the best teams in the league that day when we heard the shocking news about Munson.

The stunned ‘Liners rallied to win in walk-off fashion. Over beers after the game at a local tavern, we dedicated our victory to Thurman Munson, Yankee fans and Red Sox fans united.

I have read “Munson: The Life and Death of a Yankee captain.” by noted Yankee historian Marty Appel. The former Yankees PR director, co-authored Munson’s best-selling autobiography in 1978 and later wrote “Pinstripe Empire,” the definitive history of the Yankees.

The follow-up book details Munson’s baseball exploits to be sure, including his MVP season of 1976, his volatile relationship with Reggie Jackson, and the Yankees back-to-back championships in 1977 and 1978. Munson hit in 28 of the 30 post-season games he played over those three seasons, and batted .357. He was tough and he was clutch

But more important, Appel’s book it paints a picture of Munson the man from those who knew him best — his family, his friends and his teammates.

Appel chronicles the last days of Thurman Munson’s life, including the plane crash that led to his untimely passing at the age of 32.

Munson’s closest friends on the team, Lou Piniella and Bobby Murcer, delivered eulogies to their fallen comrade at Munson’s funeral in Canton. In his eulogy, Murcer quoted Angelo Patri, a noted American educator, author and philosopher and my great uncle.

I quote these words of Angelo Patri that to me, reflect Thurman so well:
“The life of a soul on earth lasts beyond departure.
You will always feel that life touching yours.
The voice, speaking to you, talking to you in the familiar things he touched, worked with, loved as familiar friends.
He lives on in your life and in the lives of all others that knew him” 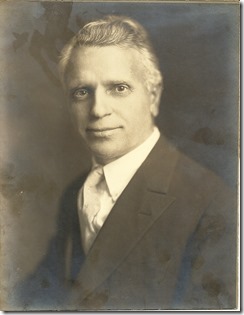 And live he did…He lived…He led…He loved. Whatever he was to each one of us….catcher,….captain….competitor…husband….father….friend….He should be remembered as a man who valued and followed the basic principles of life.

The Yankees were exhausted the day they buried their captain. The had flown from New York to Ohio for the funeral early that morning, then flown back home from a Monday night baseball game with the Orioles at Yankee Stadium.

That night, Murcer insisted that manager Billy Martin lput him in the lineup. He went on to drive home all five runs as the Yankees came back from a 4-0 deficit to beat Baltimore, 5-4.

Murcer gave the bat he used that night to Diana Munson, Thurman’s widow. He never used it again.

PS – Bobby Murcer later became a popular Yankee broadcast, before succumbing to brain cancer in 2008. He was just 62.

Angelo Patri, pictured above right, the first Italian-born American to become a school principal in the United States, passed away in 1965 at the age of 88. The Angelo Patri Middle School in the Bronx honors his legacy.

Guess I should have listened to my math teacher.

A group of number crunchers at George Tech used two mathematical processes to correctly pick this year’s Final Four….and 30 of the 36 Final Four teams in the past nine years, according to InfoWorld. Those results are more accurate than the tournament seeding system and polls, which have picked 23, and RPI, which ID’d 21 of the Final Four participants.

The Georgia Tech system, uses two mathematical processes — logical regression and Markov chain, aka LRMC — to make selections. This year LRMC not only picked the Final Four — which was four #1 seeds — but had Kansas beating Memphis for the championship.

Don’t ask me to explain how it works. But it does work way better than my system.

Having said that, bet LRMC didn’t pick George Mason a few years back.

A Tale of Munson, Murcer and Uncle Angelo

Now I have a story that involves from Yankee catcher and captain Thurman Munson and Murcer…. with a very personal twist.

When Munson was killed in a plane crash in 1979, the entire Yankee team flew to Canton, Ohio, for the funeral on August 6. Two of Munson’s teammates delivered eulogies at the funeral, Lou Piniella and Bobby Murcer.

During his eulogy, Murcer quoted my great uncle, Angelo Patri, the famed progressive educator, writer and philosopher. Murcer sobbed as he read: “The life of a soul on earth lasts longer than his departure. He lives on in your life and the life of all others who knew him.”

The words are from Uncle Angelo’s syndicated column, Our Children, and were written in 1928.

“In one sense there is no death,
The life of the soul on earth lasts beyond his departure.
You will always feel that life touching yours
That voice speaking to you — that spirit looking out of other eyes,
talking to you in the familiar things he touched…
Worked with…loved as familiar friends.
He lives on in your life
And in the lives of all others that knew him.”

Following Munson’s funeral, the Yankees returned to Bronx, where Uncle Angelo had become the first Italian-born American to become a school principal in 1907. That night the Yankees faced the Baltimore Orioles in a nationally televised game. Yankee manager Billy Martin wanted to give the emotionally drained Murcer the night off, but Bobby insisted on playing. Murcer single-handedly brought the Yankees back from a 4-0 deficit with a three-run homer in the seventh and a two-run single to win the game, 5-4, in the bottom of the ninth.

Murcer never used the bat from the game again and gave it to Munson’s widow, Diana.