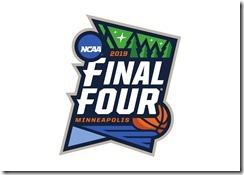 1. Newcomers — For just the third time in 40 years, two new schools have crashed the Final Four for the first time. That’s right, Auburn and Texas Tech are making their maiden appearances in the Final Four.

2. Break on through – Two years ago, Gonzaga and South Carolina made their first Final Four appearance. In 1996, both UMass and Mississippi State broke through. In 1979, Penn and Indiana State (led by Larry Bird), made it to the Final Four. None of those schools has ever been back.

3. 11 Bridesmaids — Here’s a list of 11 major schools who have never made a Final Four. In no particular order, Tennessee, Boston College, Northwestern, Alabama, Miami (Florida), Ole Miss, Xavier, Texas A&M, Missouri, TCU and Arizona State are still looking for that last dance….as are many others. 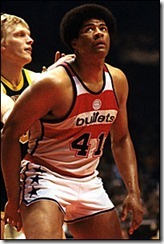 4. Zion-ara – Duke’s Zion Williamson is gone from the tournament, but soon to be heard from as the No.1 pick in the NBA draft.

5. Zion-like –  A player remindful of Zion is Wes Unseld, left, the former Louisville and later Baltimore Bullets standout. Both are 6’7”, although Williamson outweighs Unseld by 40 pounds. Wes was a transcendent talent out of Louisville who won both NBA Rookie of the Year and MVP in his first season, 1968-69. Only other player to do that was a guy named Wilt Chamberlain in 1959-60.

6. Chalk Men – Bracketology is not rocket science. But the constant parade of experts picking #1 and #2 seeds in each region is laughable. Show some guts, pick an upset. Geez Louise. 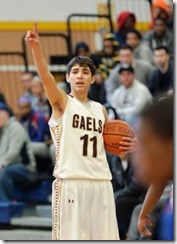 he tries to steer the Cavaliers to their first national championship. Jerome, right, had 24 points, five rebounds and seven assists in UVA’s 80-75 OT win over Purdue in the NCAA’s South Regional final.

9. Sparty nation — Of the four finalists, only Michigan State has won an NCAA championship. The Spartans won with Magic Johnson in 1979, then Tom Izzo coached them to the 2000 title.

10. A new champion — The last time none of the Final Four participants was a previous NCAA Tournament champion was 1990. UNLV beat Duke that year. Arkansas and Georgia Tech were the other semifinalists. The same thing happened in 1989. Michigan beat Seton Hall in overtime. Illinois and Duke were also part of the group.